there are some new animations for some 0x72's tileset  characters and weapons.

My reason:
as i'm using some of character sprites from  0x72's tileset, i get used to them so I tried to expand some of animations.

Spikes w/o floor tile (didnt check how it fits yet)

Furute fate:
unknown, but atm i'm planning for some more enemies to animate (some bosses and decorations maybe), maybe a bow/shield and expanding hero's animations for dash, revive/respawn/awake, fly.

Please, give me feedback to improve/fix staff (and my english :P ) 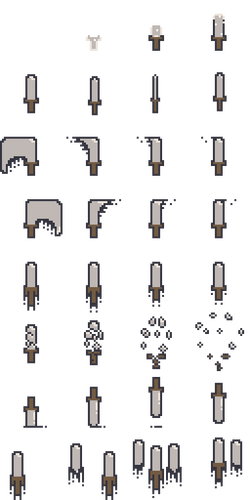 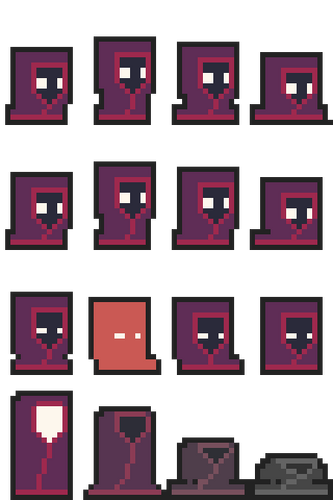